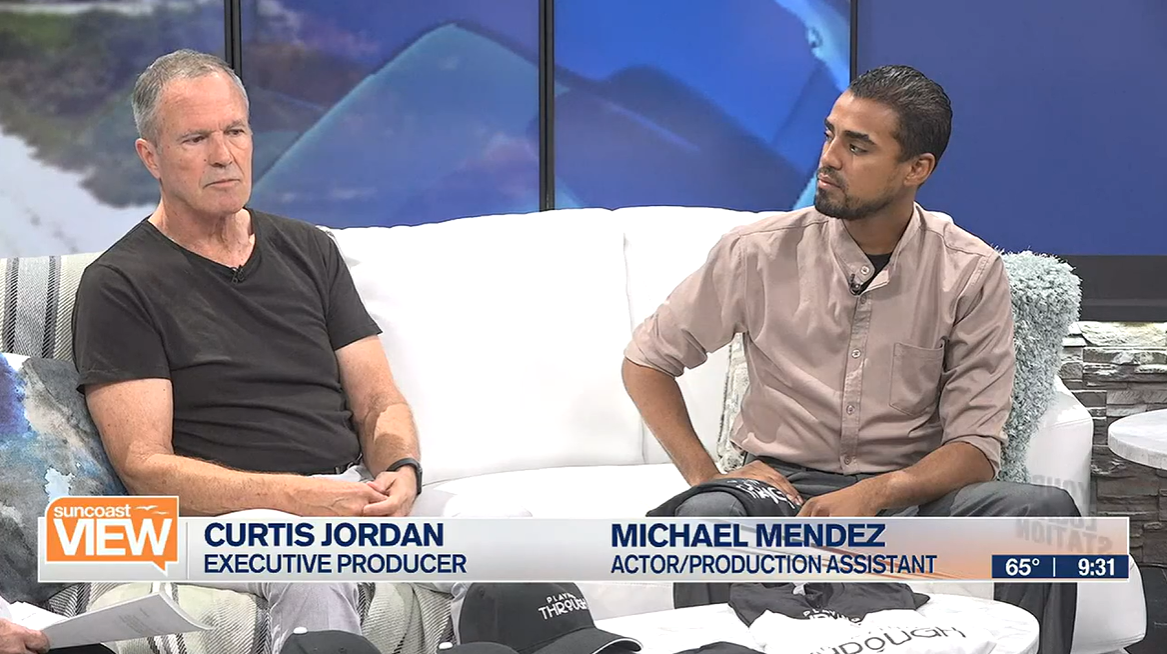 Curtis Jordan and Michael Mendez recently sat down with Suncoast View anchor Linda Carson to discuss the making of "Playing Through." Jordan conceived of the story based on his mother's real experiences playing Ann Gregory. He wrote the film's script and as acted as executive producer. Mendez both acted in the film as Ann Gregory's caddy and served as a production assistant, drawing on his expertise as a member of the well-respected Westcoast Black Theatre Troupe.

"Playing Through" was filmed in Sarasota during the summer of 2021. The production generated unique work opportunities for many local artisans and professionals whose talents were used in filming, set work, make up, and more. Several local spots served as key locations, including the Laurel Oaks Golf Club and parts of the Rosemary District. For Jordan, this project combined two passions - honoring the legacy of an unsung sports and civil rights figure and bringing opportunity to the Sarasota community.